“Here for a good time AND a long time.”

When it comes to longevity, Sardinians seem to have it figured out. What sets Sardinia, specifically the municipality of Seulo, apart from most of the world is that it is a “Blue Zone”.

There are five Blue Zone regions across the world which have the highest number of centenarians per capita. This small township of Seulo in the Mediterranean boasts a much higher than average number of people living beyond 100 years. So, what is their secret? We take a look at the diets of centenarian’s and how small dietary changes can add up to a longer life.

Centenarian’s are people who have lived to 100 years or more.
From a population of around 845 people in 2016, Seulo holds the record of 20 centenarians from 1996 to 2016, making it the one place in the world where people live the longest.

Famous Hollywood actor, Zac Efron and wellness expert Darin Olien, visit Sardinia in this new documentary “Down to Earth with Zac Efron” – Netflix, where they meet up with Italian experts on the science of aging, nutrition, and of course, “blue zones”, Dr. Valter Longo and Dr. Gianni Pes.
Efron and Olien are suprised to discover that one of the most prominent aspects of the local Seulo diet is that it is high in vegetables and carbohydrates while being quite low in protein. This differs greatly from the average Western diet.

Currently, Western diets display almost an obsessive connection between consuming a high protein and good health. But, is it healthy to be eating that much protein? The average Western diet, contains between four and six times the level of protein as that recommended by the World Health Organisation. The average daily intake of protein in Seulo is around 56g, whereas, in countries like Australia and the USA, it is around 300 – 330g per day.

According to Dr. Valter Longo, there have been findings that show those with the highest protein diets are far more likely to develop cancer and other lifestyle diseases. He states that Higher protein diets can activate the mTOR gene (mechanistic target of rapamycin). The mTOR gene regulates cellular growth in the body which effects the aging process. While young body’s require more cellular growth to reach maturity, adults require much less. When adults consume large amounts of protein, activating the mTOR gene, the excess cell growth can lead to mutated cells which can accelerate cancer growth and all age related disease. Promoting cellular growth through the consumption of a high protein diet basically speeds up the aging process and can lead to the development of diseases, including cancer. Kind of like the old saying “Live Fast, Die Young.”

The classic Sardinian diet consists of whole-grain bread, beans, garden vegetables, fruits, and, in some parts of the island, mastic oil. Sardinians also traditionally eat pecorino cheese made from grass-fed sheep, whose cheese is high in omega-3 fatty acids. Meat is largely reserved for Sundays and special occasions.“

There is also a genetic connection with the population of Seulo where 77 percent of the population can be linked back to five individuals in the 1600s. So, is the secret to longevity hidden in the genetics of the citizens in this blue zone? What about the very unique family and community relationships that would result in a township like this? The answer is unclear, but what is clear is that despite genetics, diet plays an important part in reaching a ripe old age as all of Seulo’s centenarians consumed a low-protein diet consisting mostly of locally grown, organic vegetables and grains.

This is great news for those of us that enjoy our carbs, which have been somewhat demonised in recent times.
As that other old saying goes, Everything in Moderation , Well maybe not everything, but the idea is to have balance without extremes.
Too much of anything is , well, too much.

If you would like to watch the documentary or add it to your watch list follow this link. (You will need to be a subscriber to Netflix to watch).

Don’t have Netflix? That’s ok. Check out this great article which takes an in-depth look at Blue Zone diets. 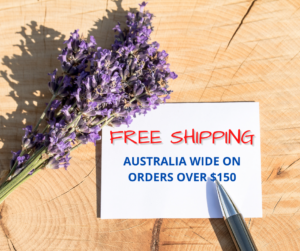